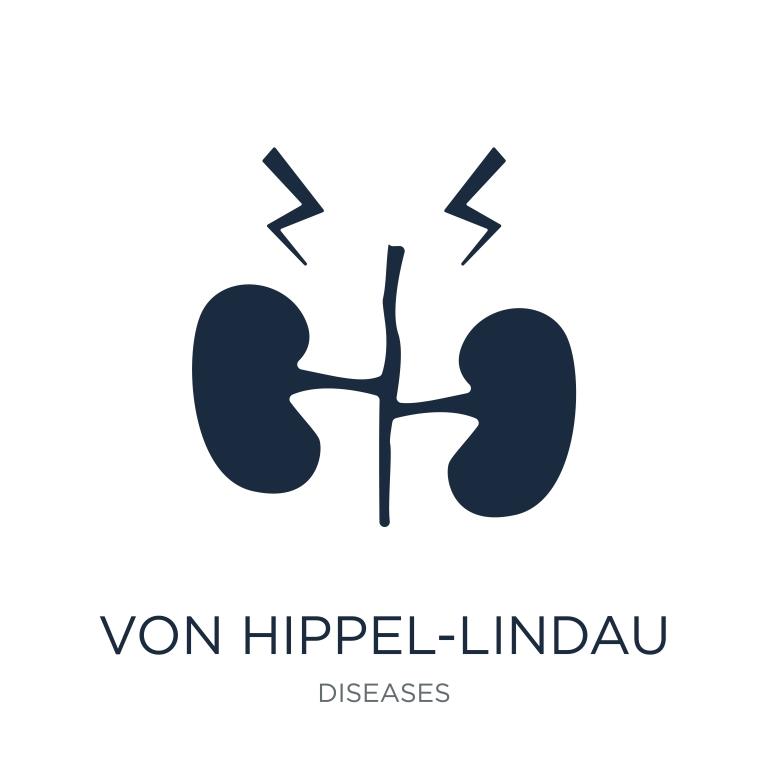 You need to know what Von Hippel Lindau is, how to diagnose it and how to treat it. Keep reading to learn more.

Von Hippel Lindau disease is a rare, hereditary, multisystemic disease characterized by the development, at an early age, of tumors in different locations: ocular, renal, adrenal gland, pancreas and central nervous system (system formed by the brain and spinal cord).

It was first described in 1895 by Eugene von Hippel, who described that retinal angiomas (tumors characterized by hyperplasia, excessive development of tissues, blood vascular tissue) were hereditary and later Arvin Lindau, in 1926, suspected that these tumors were part of a broader lesion of the central nervous system.

During the first decades of the 20th century, families were reported having not only angiomas in the retina or central nervous system, but also cysts (closed sac under the skin that may contain a liquid or semisolid content) and tumors of visceral organs, including the kidneys, adrenal glands, pancreas, and epididymis (set of seminal vessels located above the testicle).

The estimated prevalence (number of cases of a disease in a population) is 1/35,000. Almost all cases occur before age 65, although the disease is usually diagnosed at an average age of 26.

In the case of people who inherit one defective copy of the gene, only the deactivation of the remaining copy is sufficient for the tumor to form. Tumours therefore form earlier and in more organs than in normal people, as all the cells in the individual’s body have an altered copy of the gene from birth.

Those affected have one or more characteristic tumours, and/or a concomitant family history.

Although members of a family group may develop a similar pattern of tumours, the expression of the disease is characteristically variable in each case.

Thus, first-degree relatives may develop tumours in different organs, in varying numbers and aggressiveness and with different complications for otherwise similar tumours.

Few patients develop the full range of possible manifestations and about 50% of those affected present only one manifestation of Von Hippel Lindau.

Many affected people do not develop expressions of the disease until an advanced age.

The most frequent initial manifestation is angiomatosis in the retina and hemangioblastomas in the cerebellum, with subsequent appearance of tumors in the brain, spinal cord, pheochromocytoma in the adrenal glands, microcystic serous cystoadenoma in the pancreas and renal cell carcinomas.

Angiomatous lesions in the liver, kidney, pancreas, lung, skin and epididymis have also been described.

Type 1: those that do not present pheochromocytomas, account for about 80% of cases.

Type 2: with the presence of pheochromocytomas, approximately 20% of the cases, with a worse prognosis than type 1.

Type 2A: characterized by the absence of renal cell carcinomas and pancreatic cysts.

Type 2B: with the presence of renal cell carcinomas and pancreatic cysts, which is the group with the highest mortality and worst prognosis.

Von Hippel Lindau disease presents a great clinical variability and symptoms depend on the size and location of the tumors. Thus: Angiomatosis in the retina can cause retinal detachment, bleeding and eventually blindness. Hemangioblastomas of the central nervous system produce various symptoms such as: headache, unsteadiness in walking, vomiting, balance disorders and weakness in upper and lower extremities.

Assessing the Symptoms and Prognosis of Hutchinson-Gilford Progeria Syndrome